Get Tickets
Myq (Mike) Kaplan has been a comedian for 17 years, a human for 40, and atoms since the beginning of time (approximately).

In his newest hour of comedy, "imPERFECT," Kaplan explores all the work that has gone into creating who he has come to be, and all the work that still remains to be done. He offers advice to his past self - and anyone else who wants it - on subjects ranging from traditional marriage to polyamory, quantum mechanics to the Talmud, childhood to much-older still-happening childhood (a/k/a “adulthood”), reflecting on possible improvements as a man, a relationship partner, a comedian, an Earthling, and as matter and energy comprising an infinitesimal portion of the universe.

Infinitesimal, but acclaimed: in their review of his 2018 Edinburgh debut, the UK comedy guide Chortle said that Kaplan "...should be making any comedy connoisseur’s ‘to see’ list." And that was LAST time! This is now. Come see how much more perfect "imPERFECT" is. 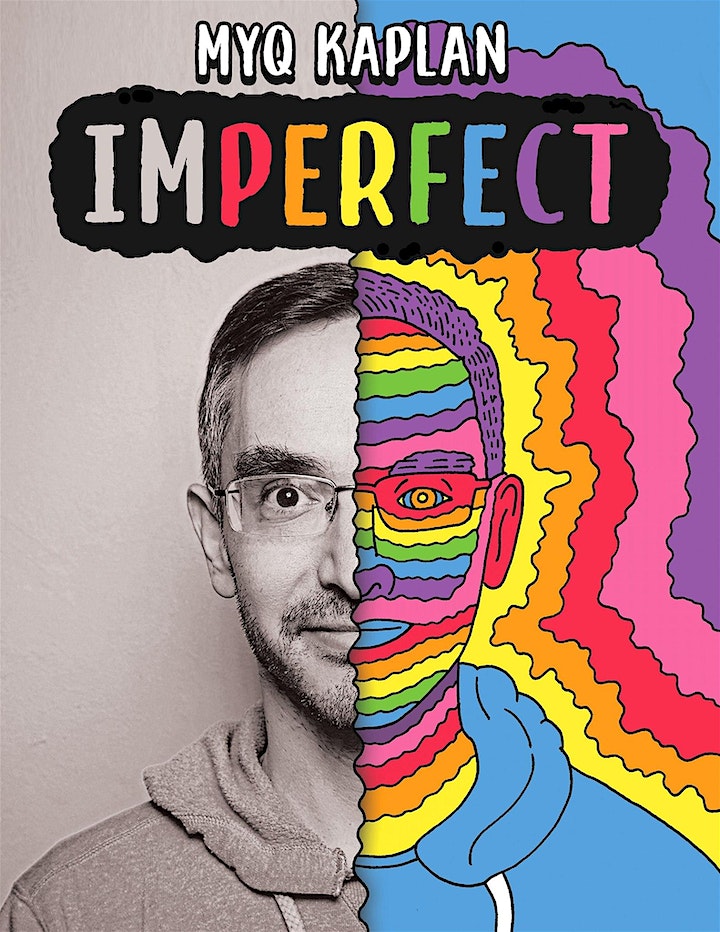 Myq Kaplan is a comedian named Mike Kaplan. He has performed on the Tonight Show, Conan, the Late Show with David Letterman, Late Night with Seth Meyers, the Late Late Show with James Corden, in his own half-hour Comedy Central Presents special, and in his own one-hour special on Netflix and now Amazon, “Small, Dork, and Handsome.” He has been a finalist on Last Comic Standing and recently appeared on America’s Got Talent. His debut album “Vegan Mind Meld” was one of iTunes’ top 10 comedy albums of the year, and his most recent album “No Kidding” is one of the top billion albums of eternity. Thanks for reading all this. You’re very nice.