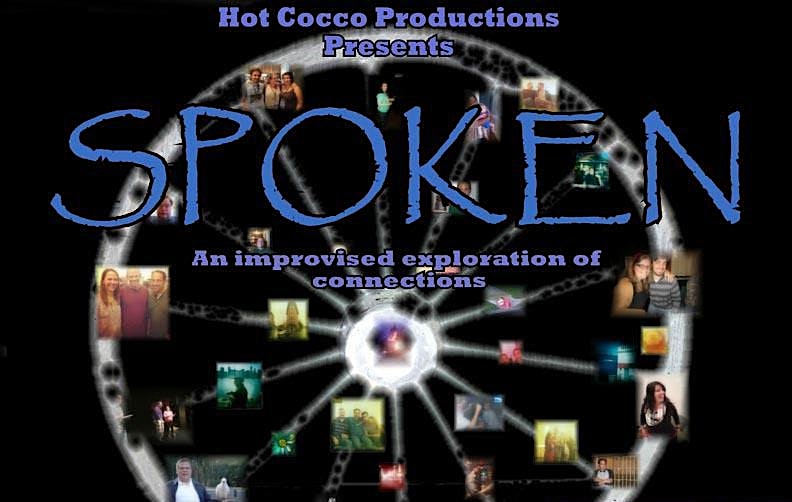 Spoken: An Improvised Exploration of Connections

We live moment to moment but rarely think about all the connections moments have to each other. What are the ingredients of a single meeting between people?

In Spoken, a single scene is played out and then explored through glimpses into the lives of the characters involved that led to, or were influenced by, that single meeting. Like the spokes of a wheel, all scenes are connected to the same center.