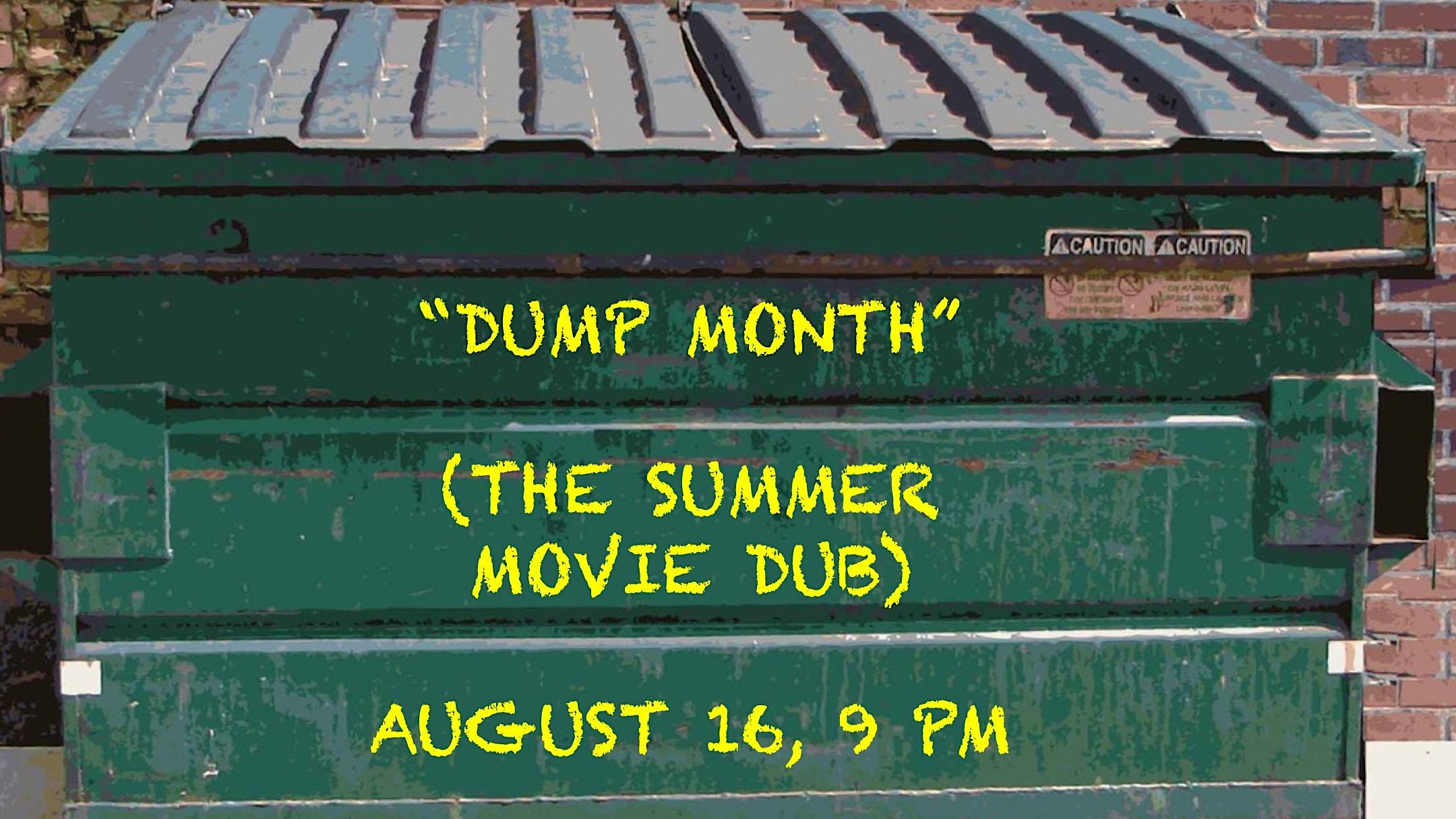 Hollywood never takes out the trash, they just dump it on you!

August--also known as a "Dump Month"--is a month when the least commercially successful and/or artistically bankrupt Hollywood movies are dumped into theaters. Join the Movie Dub Crew for a fully-improvised, live creation of ALL the dialogue, music, and sound effects of a dump month-worthy movie that they've never seen before, chosen by you, the audience!