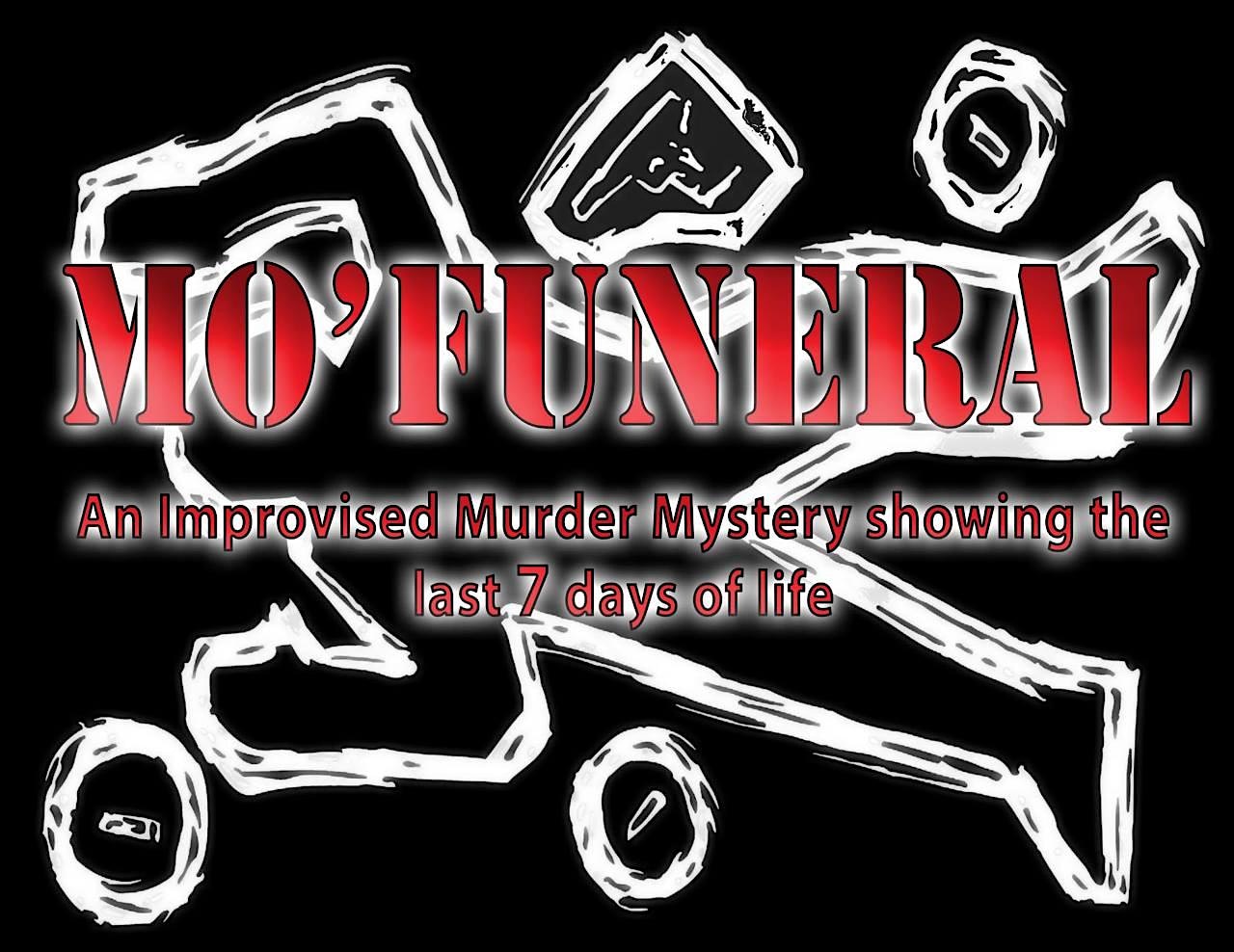 Mo'Funeral is an improvised murder mystery with a cast of characters that are all suspects. All are present at the victim's funeral, which starts the show. Then follow along as we jump back in time to play out the 7 days before the dastardly deed. In this mystery, not even the murderer and victim are decided before the show begins. The audience helps set the scene and then can try to figure out whodunnit before the end!

One night only! Don't miss it!