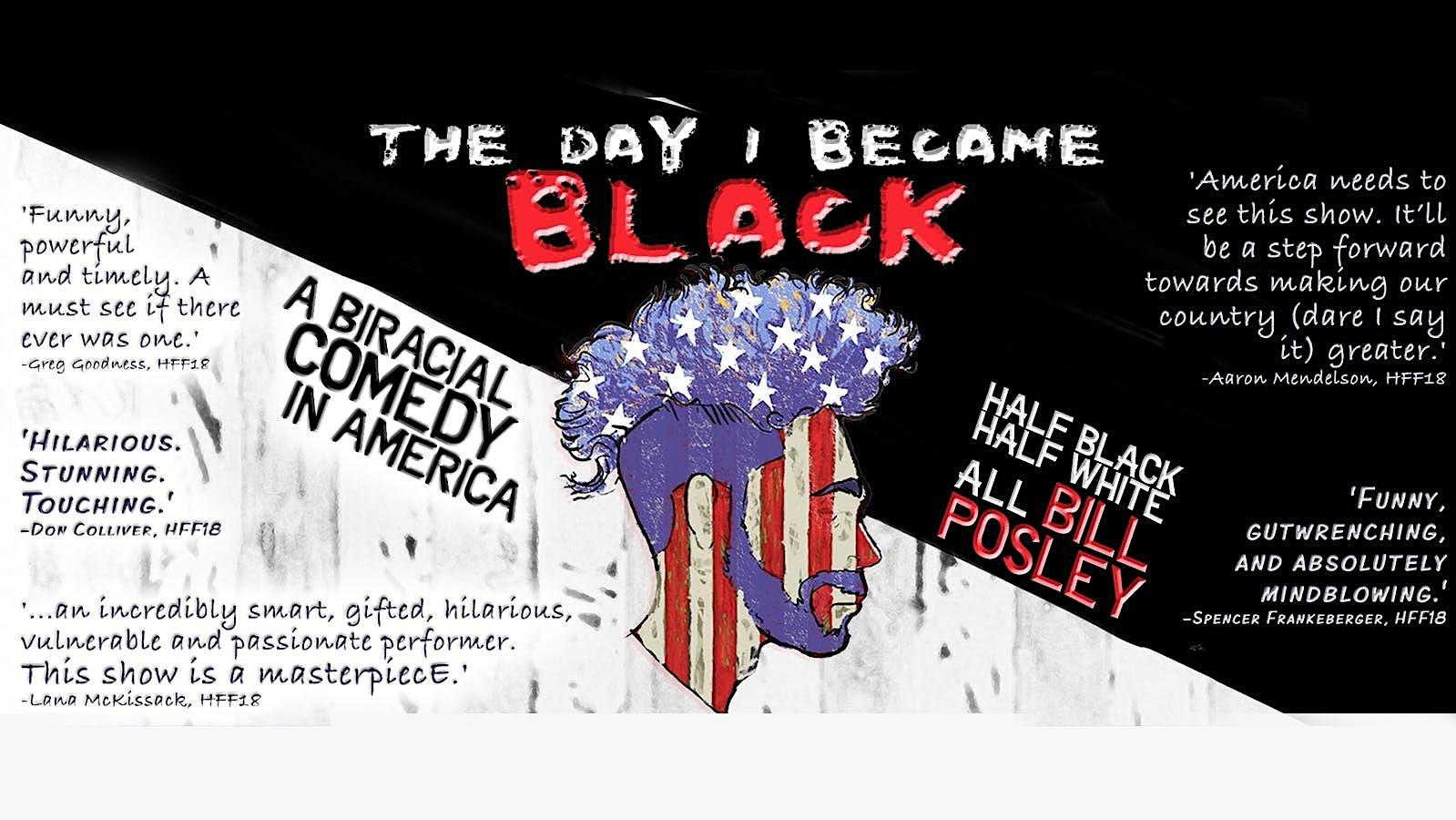 The Day I Became Black - A Biracial Comedy in America

Bi-racial comedian Bill Posley grew up happily identifying as both black and white. But at age 10, he learned the world does, in fact, judge a book by its color and, even though he's half white, he's labeled 100% black.

Does a young comedian have to get rid of his whiteness in order to be the color he's "supposed" to be? Hear Posley weigh in on the modern-day conversation about race from a unique perspective.

In the modern day conversation about race, this is a perspective that never gets talked about: what it means to be biracial and grow up in a white world. Being biracial means that your identity “is on trial." You don’t look like either side of your family so you wind up feeling like you are on an island all your own. Black people want you to claim being black and white people, well, they just want to touch your hair. You think you have to choose, but society has already chosen for you.

The Day I Became Black tackles themes in society, not just through a Black lens, but through a Biracial one as well. Multi-racial people are growing three times faster than the population as a whole, not to mention people who come from different religious/political backgrounds and people who have gender identity issues. We’ve all been forced to identify at one time or another, or worse, feel like a fraud trying to identify with more than one group. This show finds the comedy in the struggle of trying to fit in and trying to just be yourself.

Bill Posley has worked in film and television as an actor, director, writer, producer, editor, as well as appearing as a contestant on Survivor in 2012. Find him on Twitter or Instagram as @billposley.