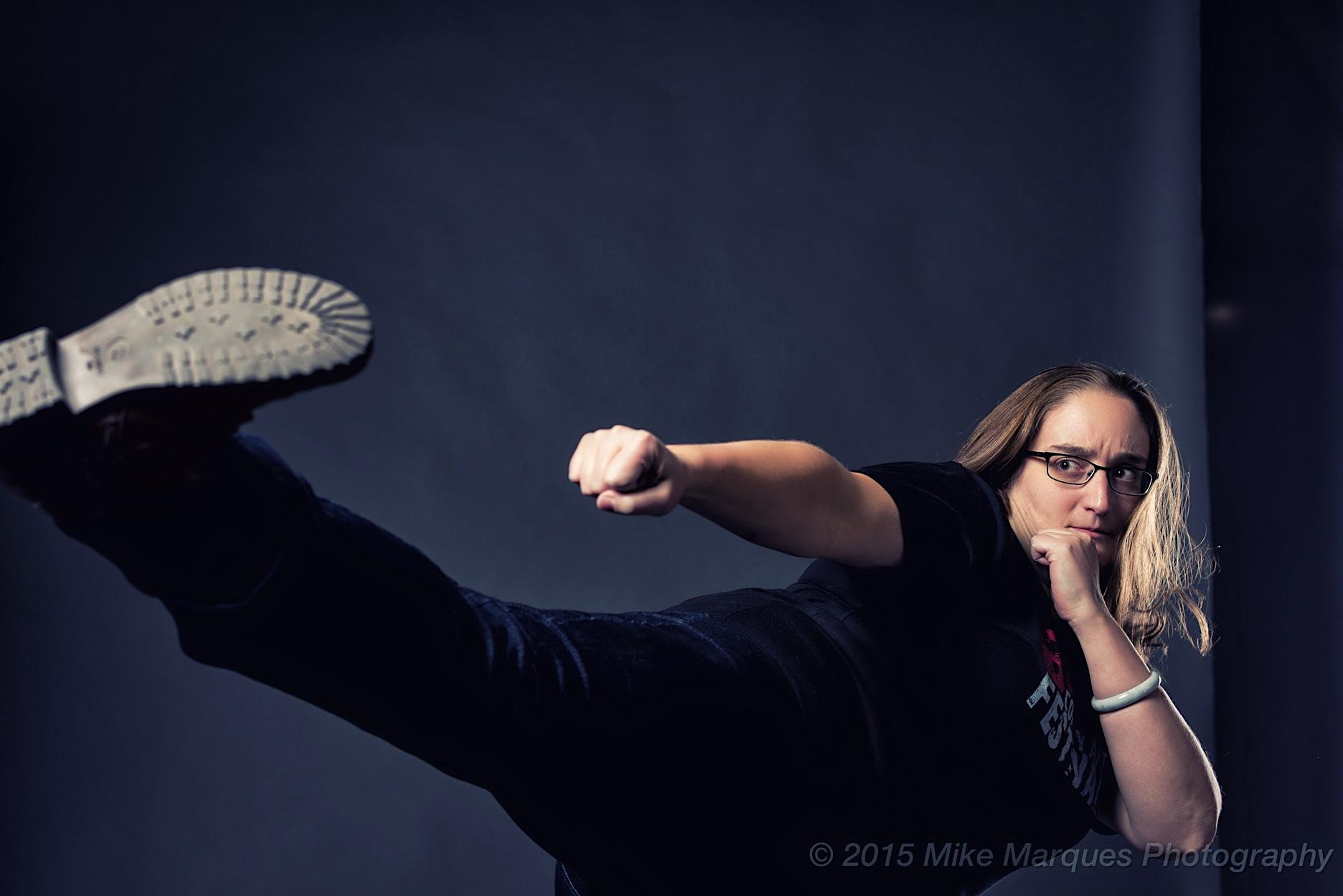 Improv Fight Scenes for Intermediate & Advanced Improvisers: get ready to do battle...improv style!

A Civil War battlefield, a West Side Story-esque knife fight or a back alley brawl...be prepared to fight where ever your improv scene takes you! Ever had a dramatic scene dissolve into a shoddy slap fight?

This workshop will cover basic stage combat tips and tricks to add a taste of realism. Have fun practicing to make your improv fight scenes more exciting and dynamic and brush up on your slow motion action sequences. Its sure to be worthy of an adrenaline-fueled, Rocky style movie montage.

Please wear clothing you can move freely in, and comfortable, sturdy shoes (no open toes).

About the Instructor: Stephanie Moreland began her study of both improv and stage Combat at Drew University. From 2009-2010 she performed improv in Shanghai with Zmack and The People's Republic of Comedy. She joined Sea Tea Improv in 2010, and has served as an instructor, performer and a member of the See Tea Touring Company since then. She performs regularly at Sea Tea Comedy Theater with her house teams, Romantic Baby and Less Lonely Boys.