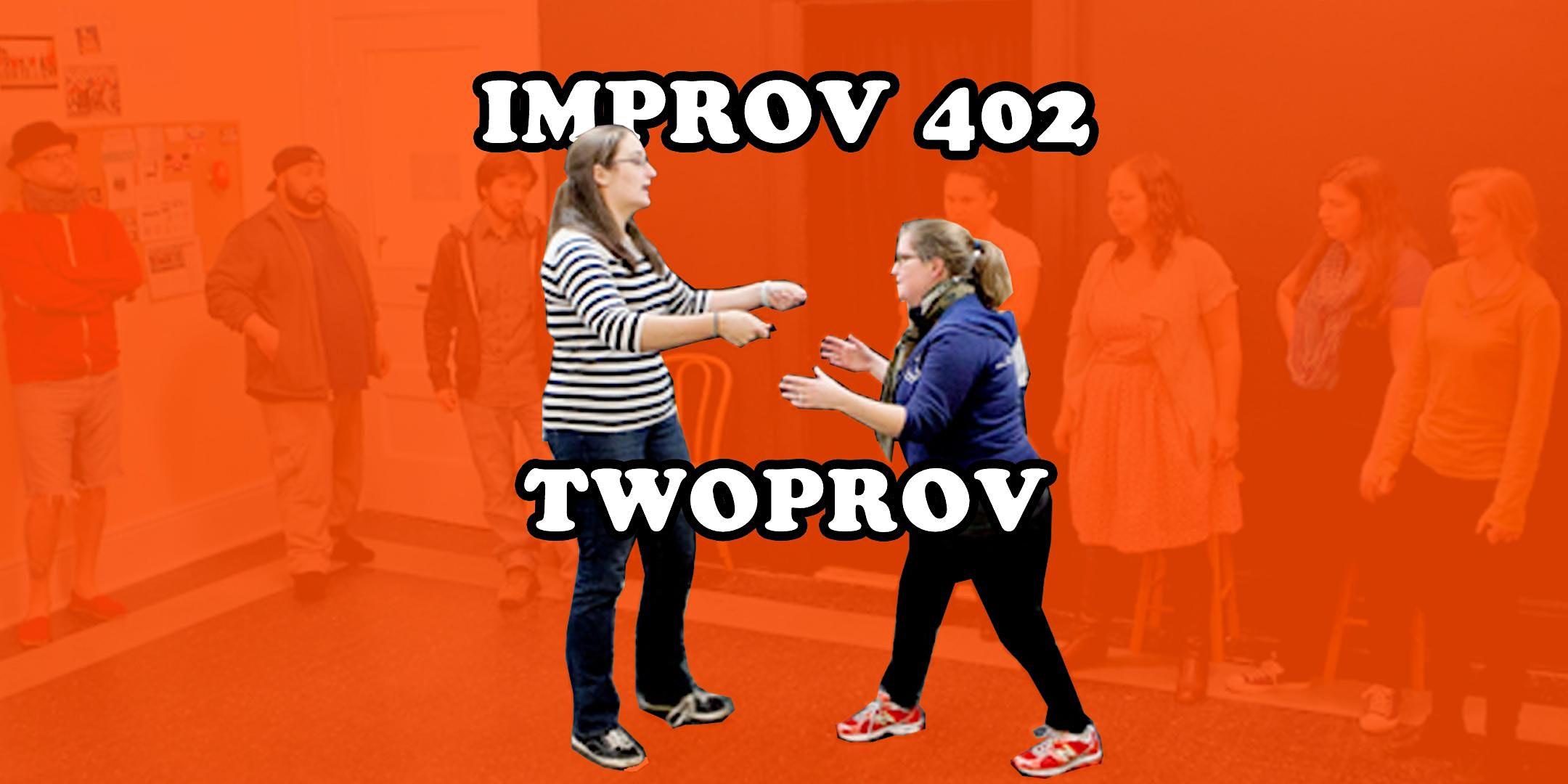 Do you tend to hang out on the back line until you feel like you have the perfect idea? Do you cower in terror that your scenes will never get swept? Or, do you think a fellow improviser is so funny that you wonder what it would be like to only do scene after scene with her?

If any of these apply to you, sign up for 2-prov-- a performance class on the art of performing with only two people onstage. You & your partner will play 100% of the characters, make 100% of the choices, and do 100% of the editing. Challenging, fun, and freeing, 2-prov is just the best.

Taught by Julia Pistell of famed two-prov teams "Julia and Jeffrey," "Performance Review," and "Wow. Sure! The Twosical!."

There are two ways to sign up: grab a partner and sign up together, OR sign up solo and we'll match you with a great partner for the course! All you need is instructor approval.

Class will end with a big show at Sea Tea Comedy Theater! Get brave and sign up!

About the Instructor: Julia Pistell has performed in hundreds of improv shows across the country. A founding member of Sea Tea Improv, she was a member of both undefeated CT Cage Match teams, as well as the undefeated Upright Citizens Brigade Indie Cage Match championships. She is in the Advanced Study program at the Upright Citizens Brigade and has studied under Will Hines, Shannon O'Neill, Chelsea Clarke, Ryan Karels, Erik Tanouye, and more. She has also studied unusual improvisational forms with Hot Cocoa Productions such as Campfire, Disaster Movie, and Spoken; is a co-creator of the parody show "Sex and the Sea Tea"; and assistant directed Knuckle Sandwich Production's "Disney Reality Show." Julia's improvisational technique focuses on finding character philosophies and combining narrative styles with games. She has taught improv through Sea Tea Improv and the Hartford Stage to adults and teens alike since 2010. She and Summar Elguindy brought eight all-star teens to Chicago in 2014 to perform improv, sketch, and stand-up comedy.