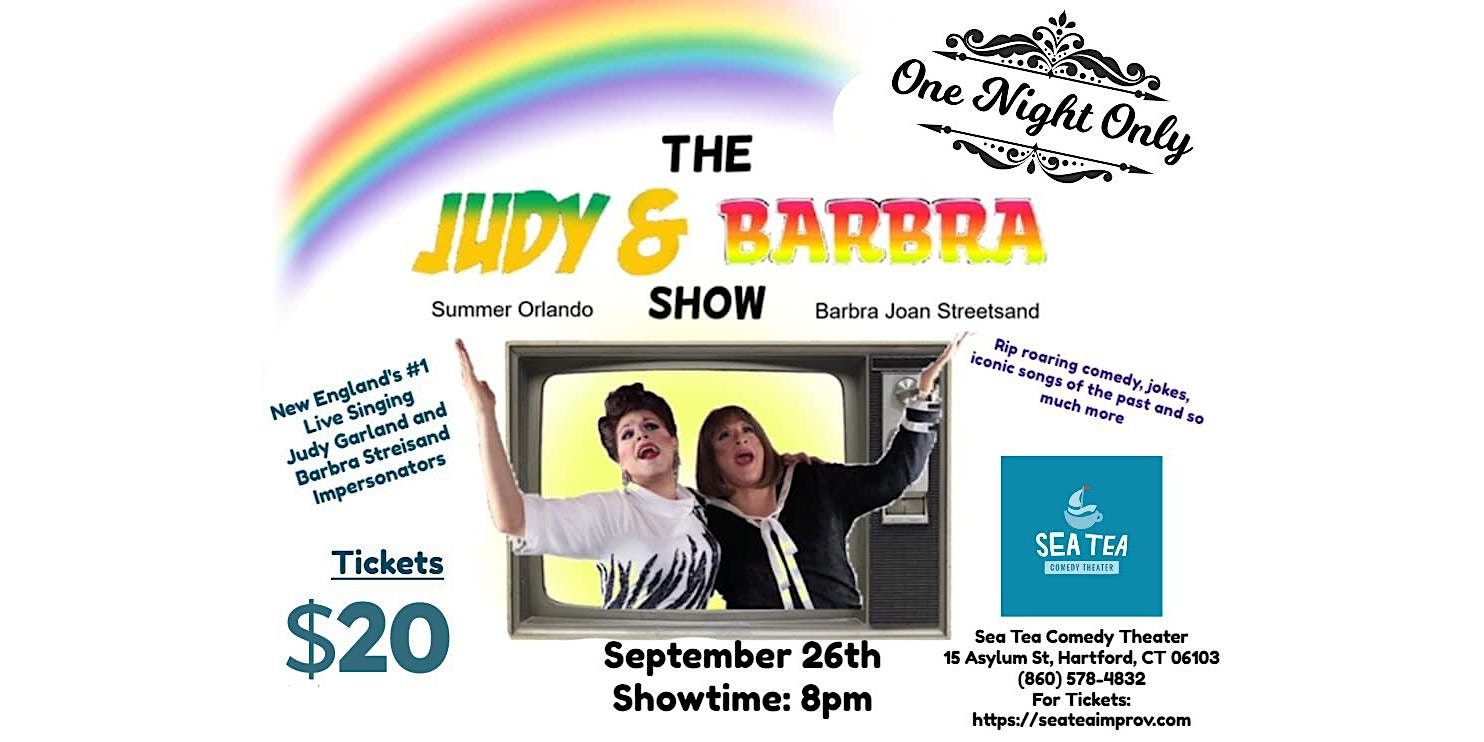 Rip roaring comedy, jokes, iconic songs of the past and so much more fill this 1 hour stage show. You will hear classics like Don't Rain On My Parade, My Man, The Trolley Song, and Over The Rainbow. Summer Orlando and Barbra Joan Streetsand conjure their best respective impressions of Judy Garland and Barbra Streisand, with live singing, classic duets, solo performances, comedy and lots of boozy fun!

Summer and Babs have taken this sold out show all over the state of CT from theater venues all the way to restaurants. and now they are at Sea Tea Comedy Theater for One Night Only.

Barbra Joan Streetsand has won many regional awards including Entertainer of the Year and Summer Orlando is the first male actor to ever play the role of Dorothy in a licensed production of the Wizard of Oz in the world. She also has been representing the new Renee Zellweger Film "Judy" as one of their promotional Judy Garlands.

Appropriate for Audiences of All Ages.

ONE NIGHT ONLY!!!
Photo opportunity following performance
Limited Seating, so get your tickets while they last!