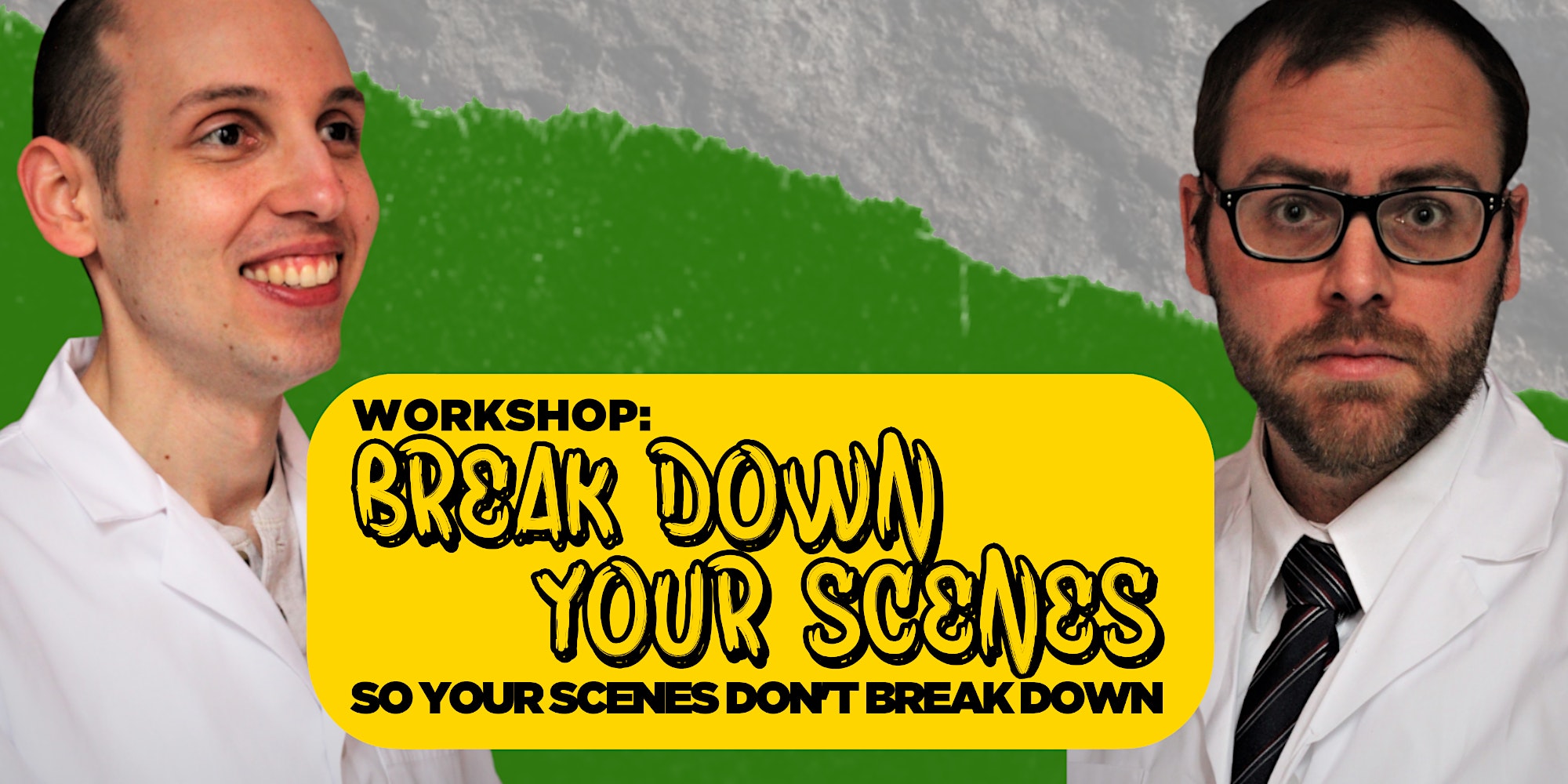 Register ($40)
Join Robot Love to explore tips and tricks to self-diagnose your scenes while they are happening so you can get them back on track.

Never flounder on stage in a broken scene praying that someone on the backline will put you out of your misery!

Join Robot Love to explore tips and tricks to self-diagnose your scenes while they are happening so you can get them back on track.

After taking this Robot Love led workshop, we hope attendees will be able to identify the core elements of a successful scene and use awareness of those elements to self-diagnose some of the reasons why a particular scene does not appear to be working.

This is the first workshop in the Scene Doctors workshop series, a series focused on trying experimental ways to analyze, diagnose, and improve improv.

About the Instructors: Established May 2016, Robot Love is one of the original house teams and performs slower, character-based deconstructions and montages at Sea Tea Comedy Theater.

Kevin Sullivan studied at Sea Tea and Playhouse on Park. He performed with multiple other improv troupes, including Tick Tick BOOM!, Damn Fools, and History of the Future. He wrote, acted in, and produced numerous sketches and co-produced a couple shows at the Hole in the Wall Theater in New Britain, CT. His love of improv is so strong that he officiated a wedding for 2 improvisers, Ed and Brooke.

Ed Richters started improv in 2015 with Sea Tea. Always the improv pirate, Ed sails the choppy seas in search of bold choices and zany characters. He ran a successful open mic series out of a comedy club in his basement, does stand up occasionally, performed with the improv team History of the Future and Wry BrEd, taught improv as the Managing Director at New Britain Youth Theater, is the part-time Front Of House Manager at Sea Tea, and teaches comedy concepts as an Artistic Instructor at Greater Hartford Academy of the Arts High School.

Angela Parker studied at Sea Tea Improv and has performed with the improv team STOAT. She has taken multiple workshops and regularly practices one of the most challenging forms of improv–teaching K-12 students. 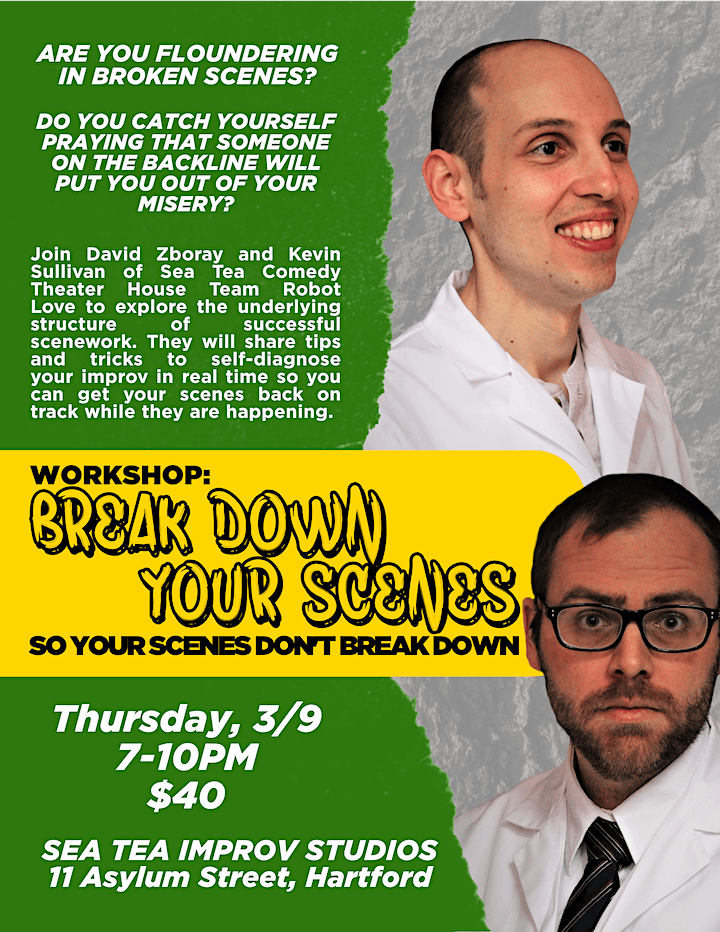